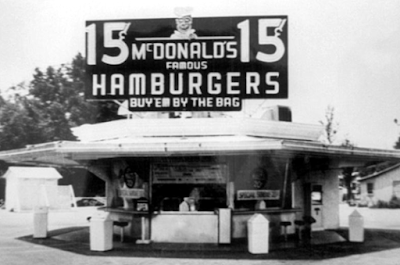 McDonald's original restaurant in California served only hot dogs, hamburgers, cheeseburgers, milkshakes, and the original pre-1960s type of French fries. Today's menu includes numerous other items that have been added through the years. Most standalone McDonald's restaurants offer both counter service and drive-through service, with indoor and sometimes outdoor seating.

Interesting facts: In 1937 Patrick McDonald opens a food and drinks stand called "The Airdrome" on historic Route 66 (now Huntington Drive) near the Monrovia Airport in Monrovia, California, with Hot dogs being the first item sold. In 1940 his sons Richard and Maurice move the building 40 miles (64 km) east to San Bernardino, California, where they open the first McDonald's restaurant, near U.S. Route 66, at West 14th St. and 1398 North E St., on May 15. Its menu consisted of 25 items, mostly barbecue. As was common at the time, they employed around 20 carhops. It became a popular and highly profitable teen hangout. In 1948, after noticing that almost all of their profits came from hamburgers, the brothers closed the restaurant for several months to remodel it and implement their innovative "Speedee Service System", a streamlined assembly line for hamburgers. The carhops are fired, and when the restaurant reopens it sells only hamburgers, milkshakes, and french fries. At 15 cents, the burgers are about half as expensive as at standard diners, and they are served immediately. The restaurant is extremely successful, and its fame spreads by word of mouth. In 1954, entrepreneur and milkshake-mixer salesman Ray Kroc becomes fascinated by the McDonald's restaurant during a sales visit, when he learns of its extraordinary capacity and popularity. Kroc approaches the McDonald brothers, who have already begun franchising, with a proposition to let him franchise McDonald's restaurants outside the company's home base of California and Arizona, with himself as the first franchisee. On March 2, 1955, Ray Kroc founds "McDonald's Systems, Inc." as a legal structure for his planned franchises. On April 15, Kroc opens the ninth McDonald's restaurant in Des Plaines, Illinois. In the following years, Kroc sought franchisees for his McDonald's chain: by 1958, there were 34 restaurants; in 1959, Kroc opened 68 new restaurants, bringing the total to 102 locations; in 2012 McDonald's operates over 35,000 restaurants worldwide. 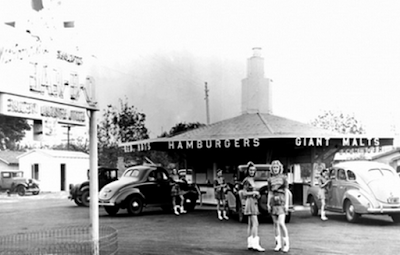 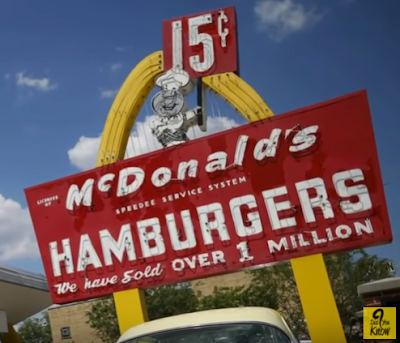 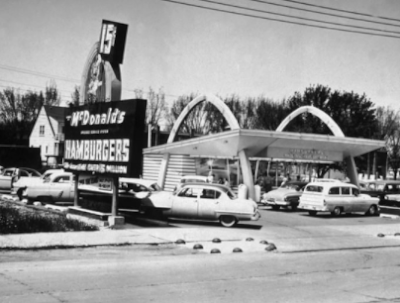 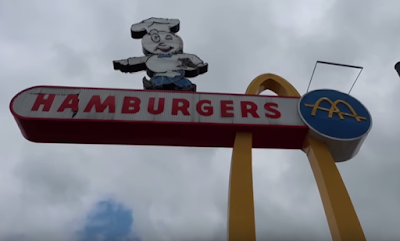 Before there was RONALD McDONALD

There was CHEF SPEEDY 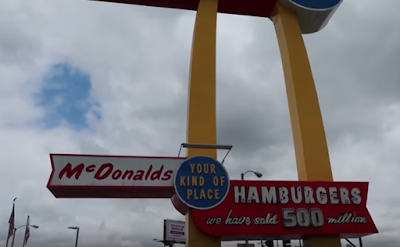 It's in the TRILLIONS NOW 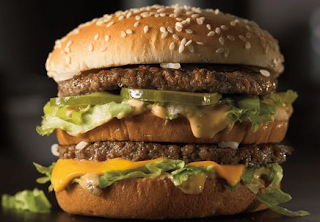 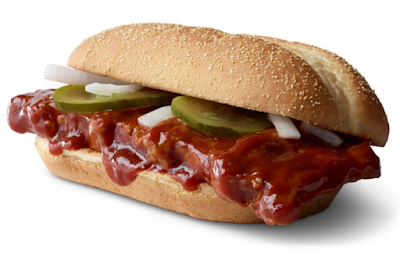 MAKE IT at HOME ! 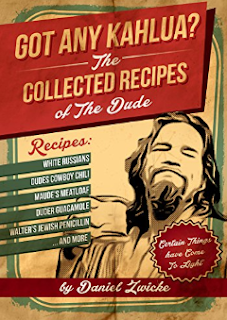 COLLECTED RECIPES of The DUDE 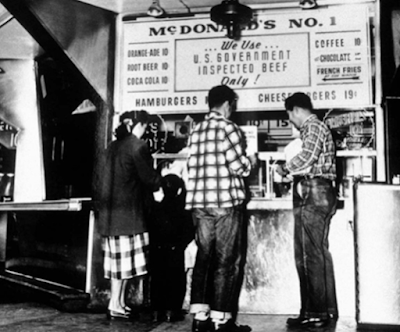