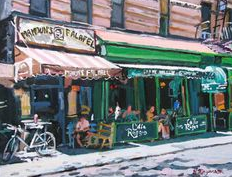 Two of My Favorite Joints

New York's Best Falafel ? Is it Mamoun's? Probably not, if you're are talking about the single best tasting quality Falafel in all of New York. Some one say "Tiam is the best," others, some other place, and many would say, "it's Mamoun's." Well one thing is for sure, when it concerns Mamoun's and their Falafel, it certainly is without question, and by far, it's New York's most Famous and popular Falfel joint of all. No question about that. It it taste pretty good, but there are others that definitely taste better. 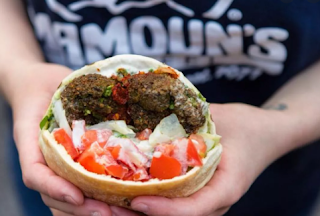 No it's Not The BEST

Just The MOST FAMOUS

And Most Popular FALAFEL JOINT

In All of NEW YORK 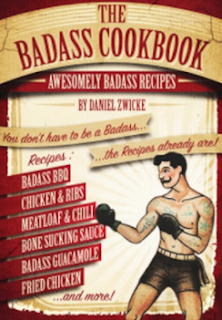 BUT LOTS of OTHER GREAT RECIPES

WHAT is a FALAFEL

The origin of falafel is controversial. A widely held theory is that the dish was invented in Egypt about 1000 years ago by Egyptians. As Alexandria is a port city, it was possible to export the dish and name to other areas in the Middle East. The dish later migrated northwards to the Levant, where chickpeas replaced the fava beans. It has been speculated, with no concrete evidence, that its history may go back to Pharaonic Egypt. Other theories propose that it came from the Arabs or Turks; or that the chickpea-based food came from Yemen.

Falafel grew to become a common form of street food or fast food in much of the Middle East, especially in the Levant and Egypt. The croquettes are regularly eaten as part of meze. During Ramadan, falafel balls are sometimes eaten as part of the iftar, the meal that breaks the daily fast after sunset.  Falafel became so popular that McDonald's for a time served a "McFalafel" in its breakfast menu all over Egypt. Falafel is still popular with Egyptians, who eat it on a regular basis along with ful medames and even cook large volumes during religious holidays. Debates over the origin of falafel have sometimes devolved into political discussions about the relationship between Arabs and Israelis] In modern times, falafel has been considered a national dish in Egypt, also in Palestine, and of Israel. Resentment exists amongst many Palestinians for what they see as the appropriation of their dish by Israelis. Additionally, the Lebanese Industrialists' Association attempted to claim Protected Designated Origin status, partly to prevent Israeli use of the word.
Falafel is eaten by Mizrahi Jews who originally resided in Yemen, Iraq, Iran, Lebanon, Jordan, Israel, Jordan, etc. Later, it was adopted by early Ashkenazi Jewish olim to pre-state Israel. Due to its being entirely plant based, it is considered pareve under Jewish dietary laws and gained acceptance with Ashkenazi Jews to whom it had been unfamiliar, because it could be eaten with meat or dairy meals.

In North America, prior to the 1970s, falafel was found only in Middle Eastern neighborhoods and restaurants.Today, the dish is a common and popular street food in many cities throughout North America 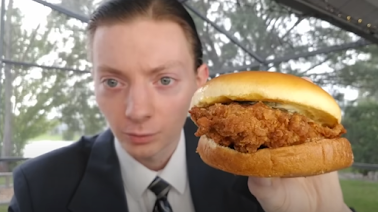